We are a GREEN institution committed to empower the youth and life-long learners
who will contribute to nation building and global transformation through quality instruction, inclusive and creative teaching-learning pedagogies, relevant research, social innovation, dynamic partnership, and active civic engagement, in a conducive and fulfilling environment for students, faculty, staff, and partners.

We commit to deliver quality higher education services
in conformance with established standards
through competent human resource and functional systems
adherent to the principle of continual improvement for customers’ satisfaction.

Carlos Hilado Memorial State College shall primarily provide higher technological, professional and vocational instruction and training in science, agricultural, in industrial fields as well as short-term technical or vocational courses. It shall provide research advance studies and progressive leadership in its areas of specialization.

A wisp from sky’s resplendent wall
Breathes hope, brings light as it does fall
Steers on the anvil so the gear
To weave the song CHMSC dear

CHMSC thou art hope and joy
Science, Technology ye do deploy
To youth with fervor burning still
Thou quench the thirst for knowledge and skills

O hail! We pledge our loyalty
And all the toil for thy glory be
To the skies that lend the noble blue
CHMSC, to thee we’ll be true

O Hail! When pioneering days will end
And success or stress will sure portend
This song will ring loudly through the sky!
To thank the great Power on high

The official colors of the College are Tangerine and Navy Blue.

The seal of the College shall be the gear with spokes as symbol of technology and industry; the book and the torch as symbols of education; the smoke belching edifice as symbols of CHMSC's mission of active and unequivocal participation in the socio-economic development of the province in particular, and the nation as a whole; the anvil and the hammer as symbols of dignity and labor; and the laurel and the year 1983 as the symbol for the historical year of the birth of Carlos Hilado Memorial State college. The seal was approved by its Board of Trustees and Commission of Heraldry.

Where do we WANT to go? 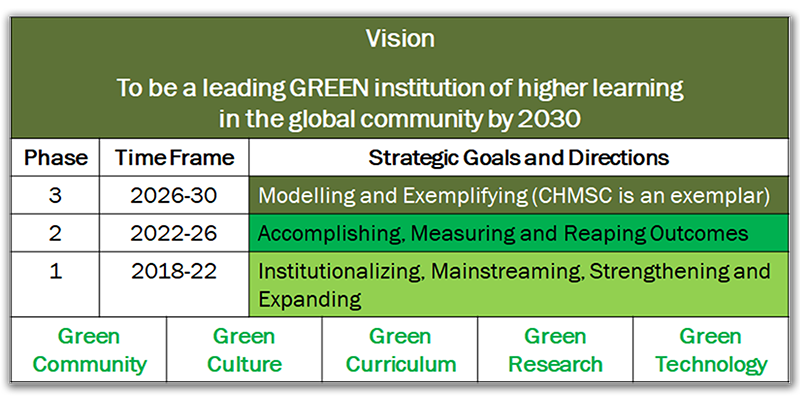 Vice President for Administration and Finance

Vice President for Research and Extension

Engr. Ruel B. Malapitan
Director for Information and Communications Technology 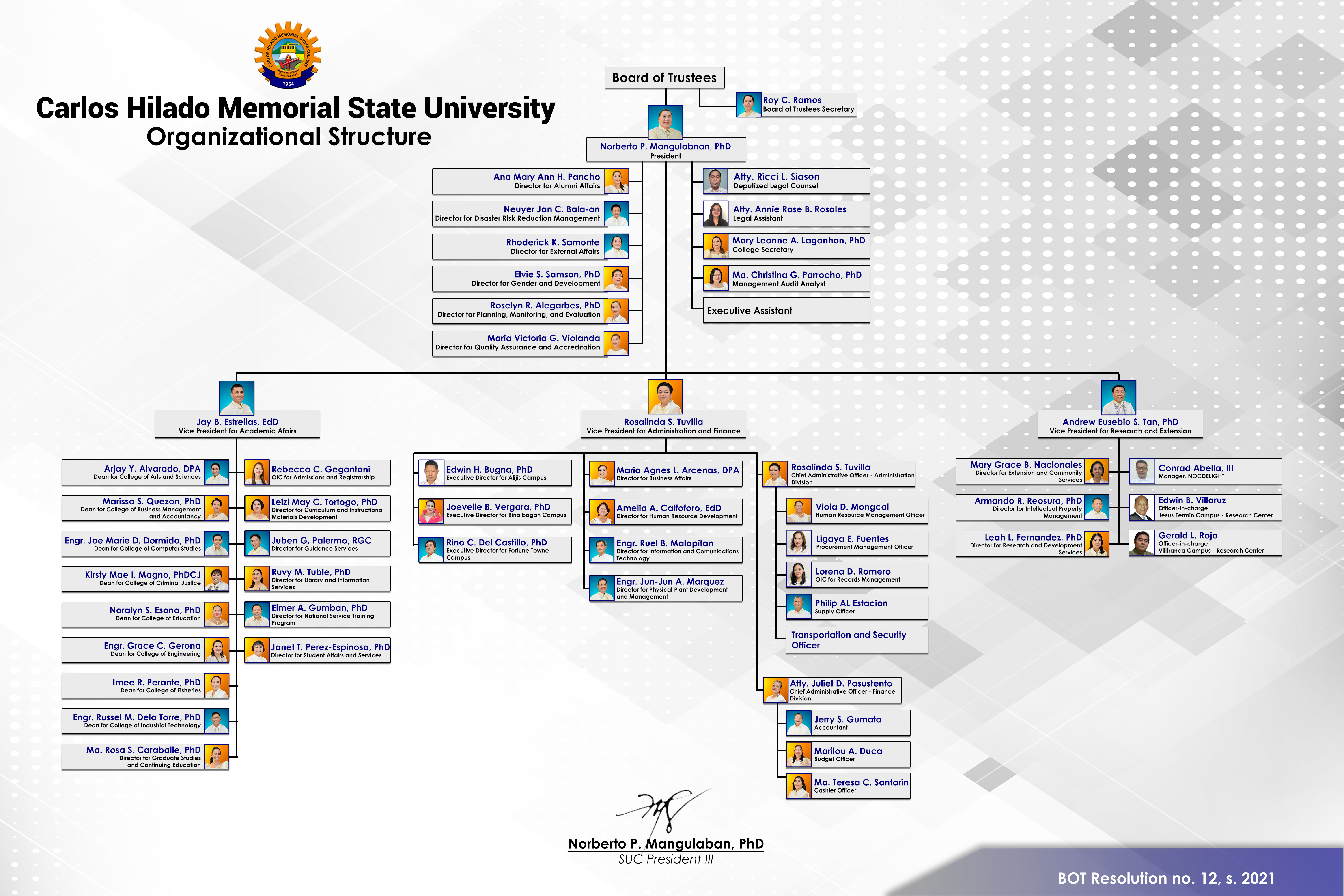